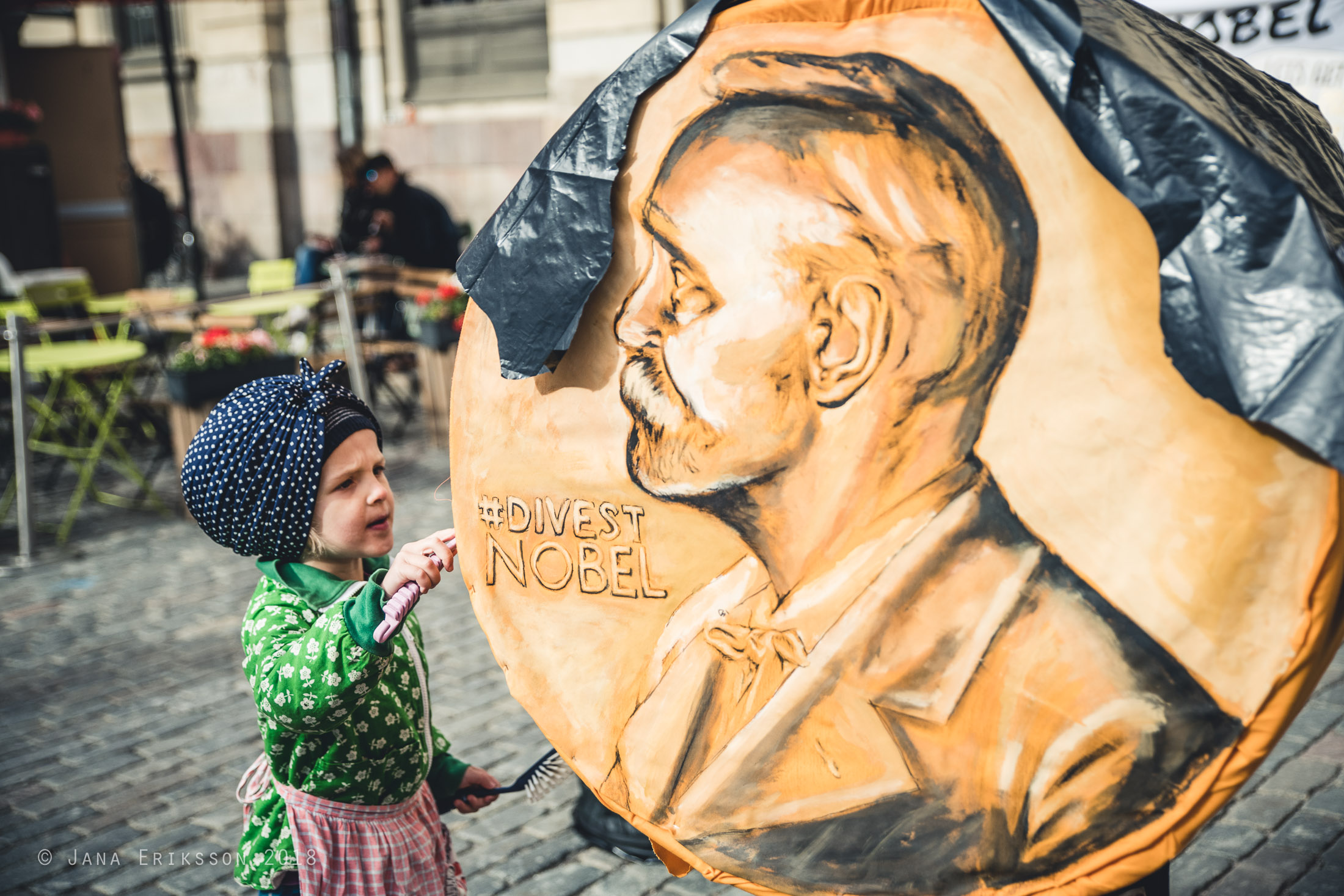 Saturday, before the week of the Nobel Prize announcements, the Divest Nobel-campaign reminded the Nobel Foundation that it’s time to clean up the Nobel Prizes from dirty fossil fuel investments. A cleaning team showed up outside the Nobel Museum in Stockholm and offered their help with cleaning the Nobel medal from oil stains. Teresa Soler was one of the participants in the Divest Nobel action. She explains why she appeals to the Nobel Foundation: – We must do something now, before it’s too late. I think that it’s a disgrace that the Nobel Foundation invests in fossil fuels. The Nobel Prize aims to develop our world, but instead it indirectly contributes to bringing it backward. What they want and what they do does not go hand in hand. I actually didn’t realize that it was that bad. The Nobel Foundation has to divest immediately – otherwise the Nobel Prize will not be credible. – Given the current situation with climate change, it’s insane that the institution aimed at rewarding scientific achievements allows itself to be involved in coal, oil and gas.

Eva Lenke, a member of Divest Nobel, explains why she was outside the Nobel Museum cleaning up the Nobel Prize.

Over hundred thousand people around the world demand the Nobel Prize to be fossil free. Thanks to our partners SumOfUs that help us spread the campaign, we are now more than 115 000.

In May this year, the Nobel Foundation adopted a new investment policy promising to exclude coal. It is a positive first step, but without any deadline and a concrete plan that also covers oil and gas, the Nobel Prize can not be decoupled from climate destruction. This view is also shared by the Norwegian organization Framtiden i våre hender, which made a review of the Foundation’s investments during this summer.

The Nobel Foundation does not have a lot of money, but the influence they have through the Nobel Prize is huge. Their decision to cut the band with fossil companies could make a major contribution to the global climate debate.

Sign our petition if you haven’t yet, and use an opportunity during this week to encourage the Nobel Foundation via email, Facebook or Twitter to take their chance to make a difference.